Phew, the end of 2016 is almost here and what a year it’s been!  I don’t think any opinion polls could have predicted the events we’ve experienced this year as we welcomed in the year.  An accumulator could have been amazing!

Brexit stirred up the country at the beginning of the year but I’d never have guessed how much ongoing controversy and uncertainty we’d all still be experiencing as a result of the vote – would you?

With the same movement spreading, I’m not sure it was quite such a surprise when we saw another vote of no confidence for the establishment in the US.

This has also been a year of unprecedented loss, I’ve been saddened by the deaths of Alan Rickman, David Bowie, Harper Lee and Victoria Wood amongst others.  All have played to the sound-track of my life in some way.

From a Zing perspective, we’ve had our fair share of loss too. In May, one of our founders left – Paul moved onto pastures new, casting aside agency life.   But on a plus note we’ve recruited some real talent into the team this year, Ben and more recently Brian have both joined the team adding to our small but very talented agency.  We also have a new office attraction or do I mean distraction, Sprocket dog – the office puppy! 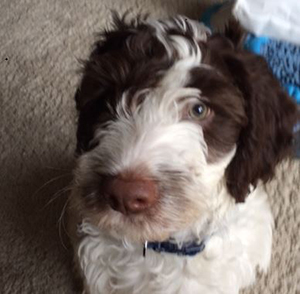 We’ve done a fair bit of travelling this year – Miami, Vegas, Bangkok, Paris and Barcelona to name but a few.  We’ve picked up some wonderful new clients and are continuing to work with some of the biggest and best event and publishing brands in the world.

If 2016 has taught me anything, it’s to expect the unexpected.  Even the very best laid plans need to be agile and adaptable and that’s how I’d describe us, we flex rather than resist, adapt rather than reject and accommodate rather than impede. Why?  Because it’s easier to work with people who provide solutions than problems.

Wishing you all a very fabulous festive period and a happy 2017!