Writing an introductory blog post is a rite of passage for all new Zing people; however, I’ve managed to spend around nine months here before getting some words down in the form of an inaugural offering.  The delay wasn’t out of laziness or inattentiveness – it was more that I needed to figure out who I am in the Zing team.

I’ve never worked in market research before and I certainly don’t have a typical business head on my shoulders.  What I *have* got is a BSc in Anthropology and an MSc in Social Research Methods, and lots of cultural research experience which is usually, by nature, qualitative research. By thinking about the link between anthropology and business insights, I’ve been able to start shaping my role here.

Since first studying it at sixth form, I’ve felt a deep connection with anthropology – viewing it more as an essential life tool than an academic pursuit – and an affinity with anthropologists, those brave and strange souls who deposit themselves, usually alone, in the middle of a society totally alien to them, master an entire new language which shares no common roots with their own, and learn as much as they can about this group of people usually in order to understand some truth or other about the incomprehensible thing we call humanity.

Well, that’s the traditional view of anthropology anyway. The modern-day reality is that consumer research is one of the most applicable settings for an anthropologist to find themselves operating, one where it feels like our skillset is tailor-made to pose and answer the questions about the group a business might call their ‘customers’ or their ‘audience.’  After all, a group of customers shares much in common with the idea of a ‘society’ – defined sometimes as “a large group of interconnected people,” “the state of being together with other people” or “an organisation to which people who share similar interests can belong.”  Not only that, but theories around consumption have been a central focus of many an anthropological study.

But why should you trust an anthropologist with business insights, and what do they bring to the table?  Ethnographic research (that is, the observation and interaction with participants to produce a holistic or more focused study of the group) was initially seen as purely the domain of the anthropologist, but by bringing it into market research projects, often complementing the quantitative data that we collect through the use of surveys and questionnaires, we build a far deeper understanding of our subject matter.

It’s the difference between what anthropologist Clifford Geertz called “thin description” and “thick description” – both are useful and even essential in market research, and neither individually give the complete picture.  Thin description comprises the numbers, the statistics, the facts, the observations; thick description is the positioning of those data in a cultural context, adding meaning and significance through a richer interpretation. 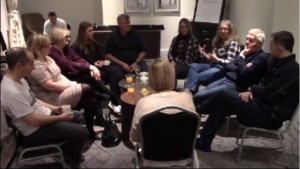 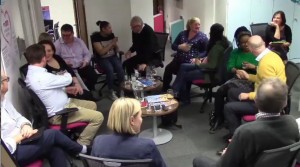 Some of an anthropologist’s favourite tools for fieldwork include participant observation, in-depth interviews and focus groups – which is exactly what the team at Zing Insights do to complete a well-rounded market understanding, building up an ethnographic picture of an often diverse consumer base.  Adopting the anthropologist’s aim of being able to see the object of the study from both an insider’s and an outsider’s perspective (the emic and the etic, if you want the fancy words), we can develop a full picture of how the needs of the customer or audience are being met and where the holes are.  By conducting in-depth interviews we can probe further, eliciting deeper answers to construct a 3D view of a customer base.  By holding focus groups we can get an even more profound understanding of these people by placing them in a social context, creating a microcosm through a representative sample and learning from their interactions with each other as much as with ourselves.

All of these research methods are summed up by one word – listening.  Listening is so much more than hearing: listening isn’t these days just confined to monitoring the customer’s voice through spoken word or even written responses to surveys, it’s also listening to the noise of social media, where the customer’s voices are heard even more loudly.  Furthermore, it’s listening through the tracking and interpretation of statistics and numerical data.

Anthropologists are taught from the outset that we don’t know what we don’t know, and as such go into all research projects able to unpack everything we see before us, discovering sometimes blindingly obvious meaning that has up until then been obscured by presumptions.  By listening without prejudice (thanks for the music, George) to all the available voices through all the available sources, we can create a true ethnography of our subject – rich, deep data viewed through a lens enriching it with contextual significance.

As an anthropologist in a university lecture hall being shown slides of a lecturer’s experience collecting data from a little-known tribe in the Sahara or even listening to an unfolding narrative about machismo and masculinity in Malta, it never occurred to me for one moment that I would later be employing anthropological skills in the context of market research.  But when the days of the explorer anthropologist are long gone, when the quest for universal human truths has been abandoned, the ethnographer can surely find a comfortable home in amongst an insights team, well equipped with their applied anthropology tools. 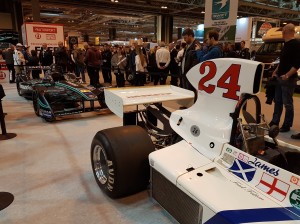 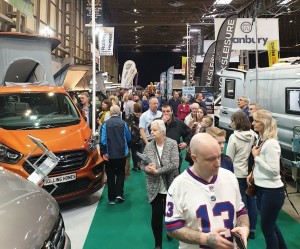 « Content Marketing and Storytelling: The Power Behind The Truth || AEO Awards 2019 – watch the video! »